GAS CITY, Ind., June 19 — “Randy Lines” is a name Gas City I-69 Speedway fans hear a lot over the loudspeakers. At press time the Marion, Ind.-based driver is leading the point standings for both the UMP (United Midwestern Promoters) modified and the super street divisions at the quarter-mile dirt oval.

The 51-year-old driver still likes to race super streets too. That was the division he started in when he began his racing career in 2003. His first year driving dirt modifieds was 2008. He had a three-year hiatus from racing in 2009, 2010 and 2011 due to business commitments after he purchased Marion Lifetime Muffler, but now he’s back racing full force, and hopes to travel even more in 2018. He’s a multi-time track champion at several tracks, including in 2007 at Gas City in the super street division.

His current modified, the black No. 18L with red letters, is a Pierce Platinum chassis with engines prepared by Mullins Race Engines. Marion Lifetime Muffler is the team’s primary sponsor, with additional support from R & R Transmission and the Plymouth Club restaurant, all in Marion.

Lines has tried his hand driving an asphalt modified, but he much prefers dirt. He likes the flamboyant driving style and slide jobs dirt-track racing requires, as well as the added challenge of adapting the car’s setup and his driving style as the track conditions change throughout the night. 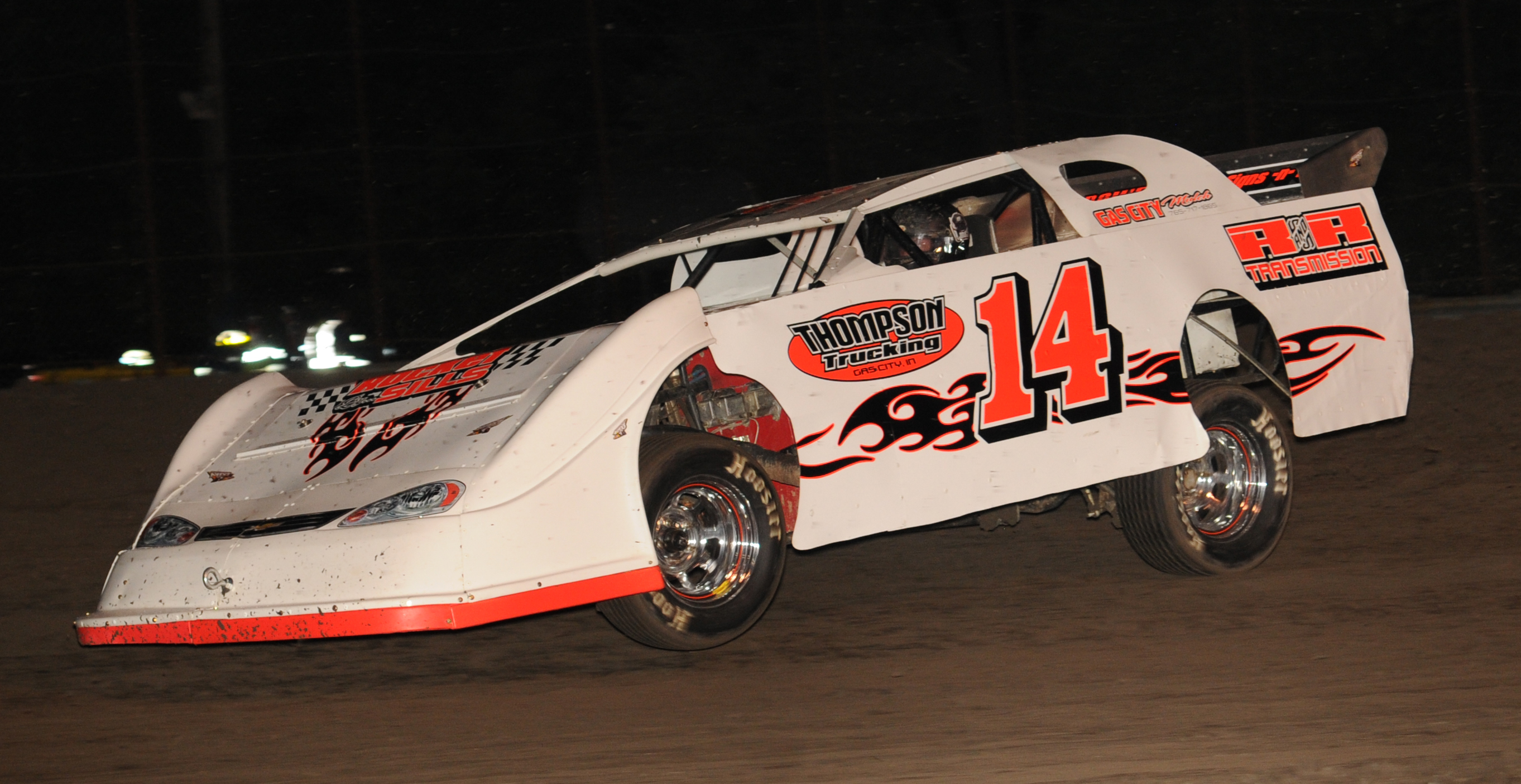 Lines said he couldn’t race without the support of his wife.

“My wife, Angela, works seven days a week at the steel mill in Kokomo so I can race,” he is quick to point out. She has  a unique job, as she’s a furnace operator. Other members of the racing team include Kyle Riggs of Gas City, Chad Jacks of Marion, Robert Snelling of Gas City, and Lines’ cousin, Brandon Lines of Marion.

When asked what fans might not know about him, Lines said they might not know how small of a budget the team has despite its accomplishments. “We’re known for what we can do with a little,” he said.

“We got the skull last year when we were sponsored by a Harley Davidson dealer,” Lines said. “He didn’t re-sign with us this year for some reason, but we liked the skull so we kept it.”

We’re not sure if the skull intimidates the competition or not, but the bottom line(s) is Lines is off to a great start this season at Gas City I-69 Speedway.

The UMP modifieds have proven so popular at the quarter-mile track that they are scheduled to appear at every remaining show on the 2018 schedule. The track stages races nearly every Friday night at 7:30 p.m. from April through September; please see its Web site at GasCityI69Speedway.com for the complete schedule and additional information.